Learning that treatment from scalp micropigmentation clinics potentially yielding disastrous results can surely dissuade anyone from even trying. There is no justifying paying for a bad hair tattoo. No one would be willing to risk the embarrassment of being another victim of such work. Some people who have tattoos done on their faces might not mind the added attention. The main distinction among the two is that the latter intentionally wanted the design to be seen. A scalp micropigmentation treatment despite being in a conspicuous area seeks to camouflage baldness but not reveal that it is doing so. 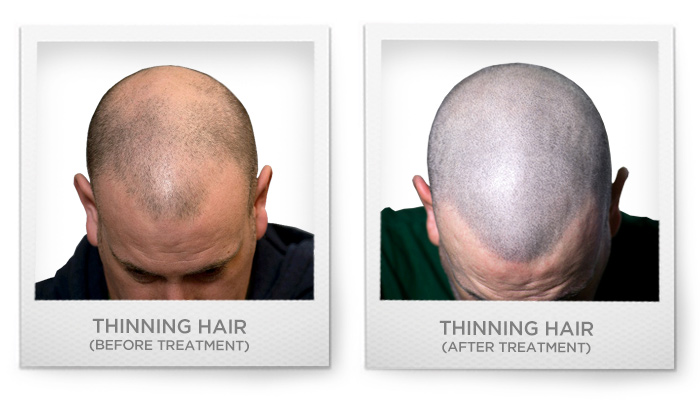 Diversion is the main purpose of this procedure. It hopes to direct the viewer’s attention to its pigments while covering the balding areas at the same time. This is accomplished by working with the bearer’s facial features, skin tone and desired hair pattern to come up with an integrated look that is highly believable. The process might seem like it is a simple as receiving a tattoo though it is nothing like it. There is a deliberate method to achieving its results and it requires specialised equipment, inks and staff trained specifically in the art of scalp micropigmentation. This may have originated from the craft of tattooing though it has now evolved into a more specific discipline.

A tattoo is considered a visual work that is meant to draw some recognition or even appreciation for how it appears. It might occasionally seek to cover up some flaw or scarring over the skin but it is mainly contains an expression of either the artist or the bearer. Scalp micropigmentation on the other hand, tries to mask hair loss while seeking to be undiscoverable at the same time. The bearer wants the appearance of having hair despite his balding condition being freely exposed. This procedure provides him the choice to do so.

There are people experiencing hair loss that readily embrace their condition. It happens after all, to the majority of the population as they reach a certain age. Understandable however, is the anxiety attached to balding. It is a slow process that gradually alters a person’s appearance. They do not appear totally bald in a couple of weeks but through a tedious process that may take decades to reach its finality. This is why some may feel a sense of loss as they bear witness to its laggard pace as it reveals increments of their balding hairline with every month that goes by.

Only those who consider their situation with great care and sensitivity should be allowed to provide services to remedy it. Scalp micropigmentation is one such treatment that can fully address almost any kind of balding condition in whatever stage it is in provided that it is of good quality. This is what some clinics do not understand. Some might be motivated by aspirations of helping people though lack of training and equipment to do so. Others might not even have such aspirations and are only driven by the need to make a profit. While there is nothing wrong with wanting to help people or making money, it should be done in such a way that it truly benefits others in the process.

There are so many treatments that have resulted in blue coloured pigments due to the inferior type of inks used. Blob-like hair patterns have also resulted from insufficiently trained technicians who may are may not be using needles prescribed for scalp micropigmentation. Infection has likewise been rampant among substandard clinics that do not include hygiene among its top priorities. The main reason that this is happening is to reduce on their expenses in order to provide their services at a lower cost. Clinics should be researched on to confirm their viability as a treatment facility