One of the Food and Drug Administration (FDA) approved drugs to treat hair loss is finasteride. This is the active ingredient in both Propecia and Proscar. The drug Propecia contains 1mg finasteride and is used to treat male pattern baldness. Proscar on the other hand, is used to remedy benign prostatic hyperplasia (BPH) and has a more potent amount of finasteride at 5mg. It is effective in treating either of these conditions and has been able to influence hair growth after about six months of continuous use.

Propecia is only recommended as a treatment for male pattern baldness and not for female pattern baldness because of the side effect of hirsutism. Women were found to have grown unwanted facial hair with continued use. Hair also grew on their back as well as the chest area. In addition, some women also exhibited further male characteristics such as a deeper voice. Pregnant women and children are prohibited from coming into contact with this drug. It can potentially harm the fetus and impede its development. 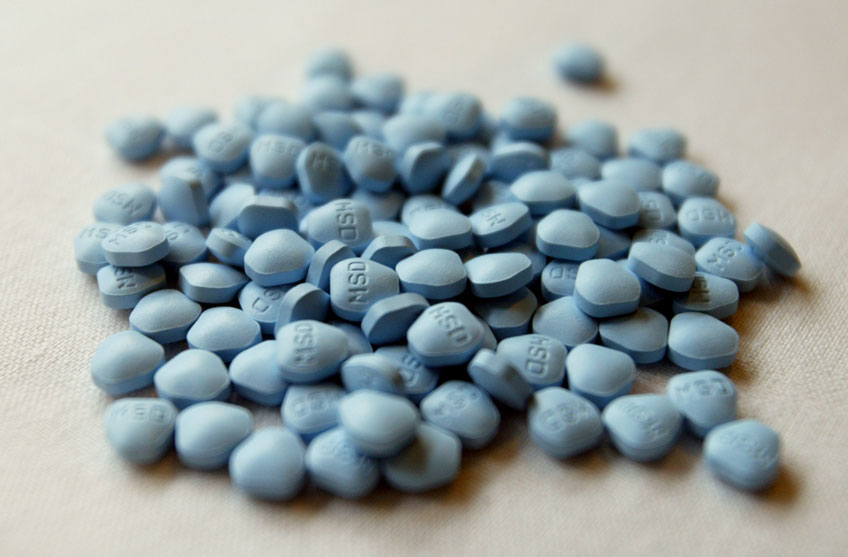 Finasteride acts on a cellular level by preventing the 5-alpha reductase enzyme from binding with testosterone to form dihydrotestosterone (DHT). This is a more potent hormone than testosterone and is attracted to the androgen receptors in the hair follicles. When they fuse together, it can result in cutting off the nutrients the hair follicles receives from the blood supply. On the other hand, DHT also causes the prostrate to inflate which if effect, squeezes the urethra as it enlarges making it difficult to urinate. Finasteride is a 5-alpha reductase inhibitor that reduces the amount of DHT produced in the body, preventing hair loss and decreasing the occurrence of BPH in the prostate.

The 1mg daily dosage of finasteride in Propecia is enough to combat hair loss. Taking more than what is required in the form of the 5mg daily dosage of finasteride in Proscar is unnecessary to treat hair loss. In fact, it can even cause additional side effects such as prostate cancer and male breast cancer. These side effects are in addition to what may occur with the use Propecia. These are: impotence, decreased libido and low sperm count among others. Note, that these sexual side effects persist even after discontinued use of either Propecia or Proscar.

Medication is just one way to treat hair loss. There are other methods such as using anti hair loss products in the form of shampoos or concealers. These have been proven to be effective during its early stages. Invasive surgery in the form of hair transplants is appropriate for those that have a more pronounced case of alopecia. Others however, go for the more effective choice of a scalp micropigmentation (SMP) procedure, offering many of the advantages of surgery but without the downsides.

An SMP treatment does not have any known side effects. It is a straightforward procedure where the specialist shaves of any existing hair on the scalp to create a smooth canvass to lay the pigments upon. The hair pattern will be a pre-determined layout agreed beforehand between the patient and the specialist. It will take about two hours per session and can be completed in two to three sessions. The end result will be a “just-shaven” look that will project an illusion of hair. This may be regarded as an effective hair loss avoidance technique because there is no more hair loss to prevent. The hair has already been lost because it is required to be shaven in order to maximise the effects of SMP. It liberates the bearer from ever having to think of his hair loss again.