Camouflage is the art of disguising the true identity of a thing or person. It is a form of misdirection which when executed properly can achieve magical results. Whatever it hopes to conceal should remain hidden in order for the illusion to work. Discovery is its main antagonist and would make the entire process a failed exercise. How it can blend in naturally with its surroundings would ultimately dictate how successful the act of camouflage will be.

The aim of a scalp micropigmentation treatment relatively follows the same concept. It a technical procedure that provides a semblance of hair specifically designed to conceal a balding condition. Any form of detection that will reveal its true nature will make the entire process unsuccessful. This is something that any quality SMP provider hopes to avoid. A mastery of layering the pigments upon the scalp of any patient regardless of his skin tone or facial features is necessary toward achieving a well-made treatment. 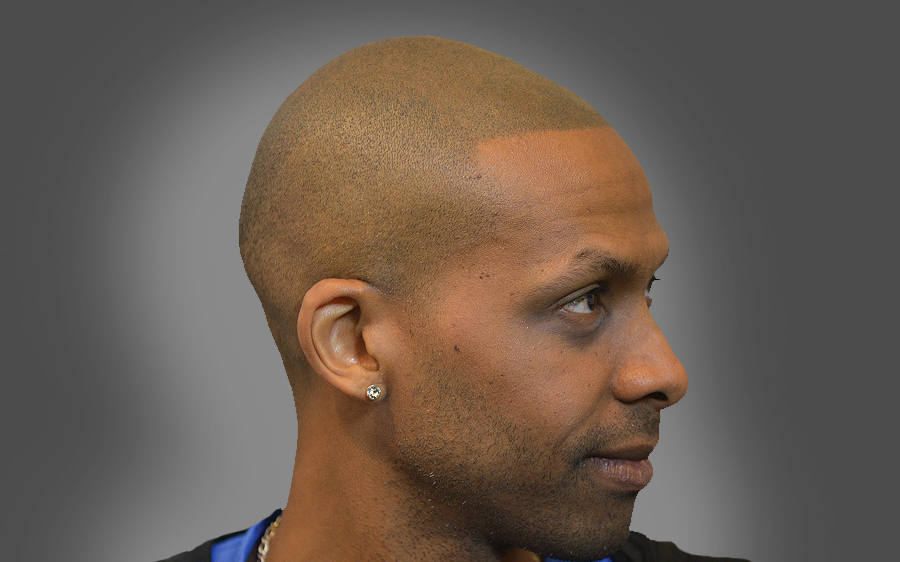 Tattooed hair on the other hand, does not really adhere to the same high standards as SMP. It only needs to appear as hair though is not expected to be undiscoverable as such. A tattoo of anything for that matter is an expression of art whose purpose is to be appreciated by the observer. While detection is likely something some clients that have a hair tattoo would want to avoid, they are certainly putting themselves in a precarious situation by undergoing such a procedure. It is true that this method came before SMP, which derived its early foundations from the former. A lot of changes and refinements were done to improve the process since then however.

Scalp micropigmentation these days can be considered a more technical procedure than a regular hair tattoo. There is a basic process that goes into creating a quality treatment. It is initiated when a potential patient discusses the procedure with an SMP specialist regarding what to expect, the desired hair pattern, recovery period and aftercare. The operation itself makes use of a specialised three-headed needle that makes shallow deposits of pigments upon the scalp. It should take into consideration the hair follicle size, shape and density that is most appropriate for the skin tone of the client. The patient is then asked to return after 5-7 days to allow the pigments to settle-in and fade. This will be repeated until the entire SMP treatment is complete.

Tattooed hair would most likely use the same equipment needed in creating other tattoos. A uniform method of determining how the pigment size, shape and density would appear on the scalp is less likely. The reason is that the work will be entirely subjected to the disposition of the artist.

These are the main differences between tattooed hair and SMP. There is of course the matter of price. SMP would range anywhere between £2000-4000. The price of a tattoo on the other hand would largely depend on the tattoo expert. The thing to remember is that discovery is something that would categorise an SMP as a failure. This is the main thing that should not happen with such a treatment. It might be regarded as a hair tattoo if it does get detected. The bearer would become hard pressed to seek its removal and get a real SMP of good quality.