Most women who lose their hair experience androgenic alopecia or female pattern baldness. Up to 95% of hair loss conditions in general are of this variety. Research has shown that being able to remedy this situation has been a top priority for most women because it leads to feelings of unattractiveness and other negative reactions. Some even give greater importance to having a full head of hair over financial or social status. 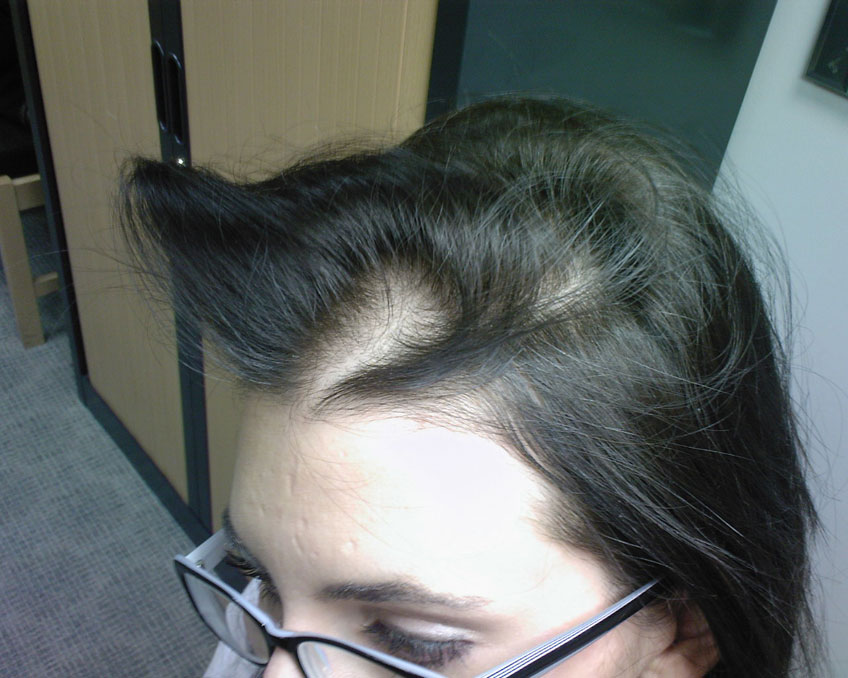 Female pattern baldness is a genetic condition that will manifest itself in more than 50% of women around the age of fifty years old. The balding is progressive, beginning at the vertex area of the scalp going outward as it advances. Unlike in male pattern baldness, women will retain the integrity of their hairline and will only exhibit diffuse thinning. It is rare that the top of the scalp will be totally bald nor will the hairline recede to any significant degree.

Scalp micropigmentation (SMP) is one of the most effective remedies for hair loss. It is able to address the condition in a relatively short amount of time and only requires a basic maintenance regimen. With the proper care, SMP can last for years.

There are three types of treatments that can be performed upon a person’s scalp. The first kind is the “just-shaved” hair pattern requiring that the head be shaved of any existing hair to maximise the effect. Another application is to cover up scarring that resulted from hair transplant or other kinds of trauma. SMP can also work with existing hair to make it appear denser provided that the scalp only exhibits diffuse thinning. There are also other kinds available though these are more like variations of the three basic treatments.

The most applicable SMP treatment for women is the one that uses existing hair along with the pigments. In order for it to work properly, it requires the hairline remains intact and there are no areas that display considerable balding. Diffuse thinning around the vertex region is the most acceptable form of hair loss that is treatable by this kind of SMP. This is exactly how female pattern baldness appears upon the scalp. It does not behave like male pattern baldness where hair is gradually lost leaving only the lower sides and back of the scalp with coverage. This is why most males can only opt for a “just-shaven” SMP style. It has no existing hair to camouflage the pigments. Note that there is a marked difference between the two-dimensional pigments and the three-dimensional hair strands. It would be easy to detect the contrast between the two if placed in separate clusters next to each other instead of having them mixed together. A well-made SMP using this style requires a seamless transition between the two.

Women can be confident that the appearance of their scalp will display a fuller head of hair with the aid of a quality SMP treatment. It is recommended to do some preliminary research about the clinic as well as the technician before undergoing any procedure. Getting good feedback and finding more about the process is a great start to prepare for an SMP treatment. It is a permanent remedy which only requires occasional touch-ups every few years or so.